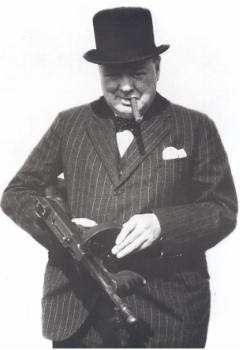 En brittisk insändare:
Sir – Britain sends some of the finest and
most courageous of their generation to risk
their lives and spill their blood chasing the
Taliban out of Afghanistan. But who, mean-
while, is guarding our homeland?
A recent police report makes clear that, back
here in Britain the Deobandi – the very same
Islamist sect responsible for spawning the
Taliban in Afghanistan – has succeeded in
taking over more than 600 of Britain's
1,350 mosques. In addition, it controls 17
of Britain's 26 Islamic seminaries and produces
80 per cent of Britain's home-trained Islamic
clerics.
**
It's a funny old world, as Margaret Thatcher
once famously remarked. Except that this
is no laughing matter. Not for 70 years has
there been a more clear or present danger
to our internal security, to our free society
and to our democracy, than that posed
by this vipers' nest in our midst.
**
The Deobandi, an ultra- conservative sect, outlaws
music, art, television and football, and also demands
the entire concealment of women.
According to the Lancashire Council of Mosques, the
Deobandi has now taken control of 59 out of 75
mosques in the old Lancashire mill towns of Oldham,
Preston, Bury, Blackburn and Burnley. While not all
Deobandis are extremist, leading preachers of this
sect aim to radicalise the Islamic youth of Britain,
and to mobilise them against our society and the
freedoms we hold so dear.
**
When will the Government wake up
to this mortal threat which – if not swiftly
dealt with – threatens to bring strife and bloodshed
to the streets of Britain on a scale far exceeding
anything seen in the bombings of recent years?
Why are Gordon Brown and David Cameron, indeed our
entire political class, so deafeningly silent on this, the
most pressing matter confronting Britain today?
Who will help the moderate majority of Muslims maintain
control of their mosques? Who will safeguard the homeland?
Winston S. Churchill, London SW1 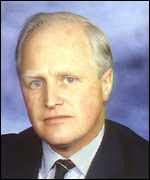