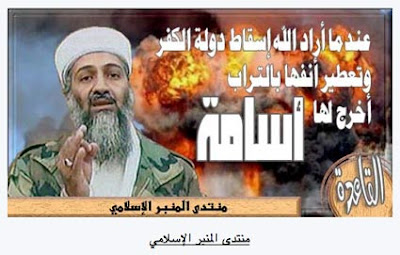 Minst en av de gripna i den senaste terrorligan
i Danmark har utbildats i ett Al Qaedaläger i
Pakistan. Expressindia berättar vidare:
**
US authorities helped Danish security officials locate
the terror suspects in an alleged bombing plot
unearthed this month through an electronic intercepts
from Pakistan, where one of the men had
received training at an al-Qaeda camp.
The method was similar to that adopted during arrests of
some suspects in a bombing plot in Germany, a media
report on Monday said quoting intelligence officials in Washington.
**
One of the men in the Danish case received instruction within
the past 12 months in explosives, surveillance and other
techniques at a terrorist training camp in Pakistan near
the border with Afghanistan, The New York Times
quoted officials as saying.
While much of the world's attention was focused on the arrests
that took place the same day in Germany but were announced
a day later, intelligence officials in Denmark and in Washington
were quoted as saying that at least one suspect in the Danish
group had direct ties to leading figures in al-Qaeda which
has regrouped in northwestern Pakistan.
**
"What's coming from this is that they are now able
to give military and terrorist training and able to
plan and steer specific operations in Europe,"
Jakob Scharf, the Danish intelligence chief, told the
Times, adding "al-Qaeda is back."
**
Mer i Politiken
Upplagd av hcp kl. 03:02