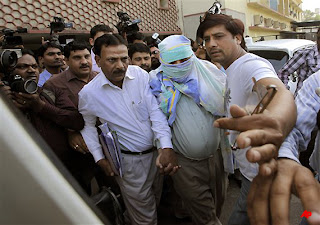 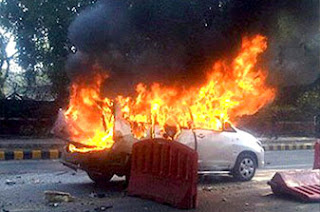 While Gupta refused to give any further details other than
recovery of a mobile phone and a laptop from his possession,
sources in Delhi Police claimed that Kazmi had helped the bomber
in conducting a recce of the Israeli embassy several times.
*
Kazmi used to run a feature news agency "Media Star"
besides being a part time worker with Iranian broadcaster
and also a columnist for Persian newspapers in Iran,
sources said.

The sources said that Kazmi, who was also employed as a
contractual news reader for Urdu with Doordarshan
(Radio Tehran), had been a visitor to Israeli embassy as
well besides having covered Iraq war for a private
production house whose programme were telecast on
the national television channel.
The sources claimed he had provided insider information
to the bomber." (Outlook India)
Upplagd av hcp kl. 09:00