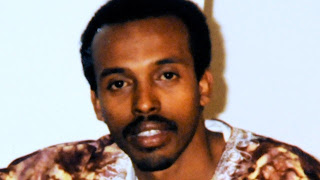 Sharif Omar, en nyckelfigur i de somaliska
nätverken för terrorfinansiering har nu efter
två år i holländskt häkte utlämnats till USA
rapporterar Voice of America.
En kommande rättegång förväntas avslöja
de omfattande hawalanätverk som finansierar
islamistisk terrorism från USA till Norden....
**
A man suspected of supporting a terrorist
group in Somalia has appeared in a U.S.
federal court after being extradited from
the Netherlands.
Mohamud Said Omar made his initial
appearance at the court in Minneapolis
Monday on charges related to supporting
al-Shabaab, a Somalia-based group that
the United States considers a terrorist
organization linked to al-Qaida.
**
The 45-year-old, also known as Sharif Omar,
was arrested in the Netherlands in November
of 2009 and was extradited to the United
States earlier this week.
He is a Somali citizen and a lawful permanent
resident of the United States.
Omar was indicted in 2009 with conspiracy
to provide material support to terrorists
and foreign terrorist organizations, and
with conspiracy to kill, kidnap, maim and
injure persons abroad.
Court documents allege that Omar, a former
Minneapolis resident, gave money to young
ethnic Somali men in the U.S. so they could
travel to Somalia to train and fight for the
terrorist group.
**
An investigation showed that the alleged activities
took place between September 2007 and August
2009.
Al-Shabaab is an Islamist group fighting to topple
Somalia's government. Recently, the group
has made it difficult to distribute food aid
to millions of victims of drought and famine
across Somalia.
Upplagd av hcp kl. 10:00