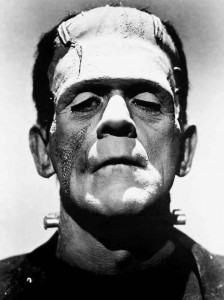 Egyptian Gazette berättar om hur
de unga och demokratiska krafterna
som störtade Mubarak börjat inse
vem som verkligen segrat.
Den "arabiska våren" har definitivt
gått över i en kall islamistisk höst.
**
CAIRO – A deep sense of betrayal is blowing
through liberal revolutionary circles a few
hours after massive demonstrations across
the nation saw Egypt’s Islamists flexing their
muscles by sending hundreds of thousands
of protesters to the places where the demon-
strations were held.
**
The liberal revolutionaries say the Islamists
had promised not to hijack the demonstrations
by brandishing their Islamist slogans and
demanding the application of Islamic Law (the
Sharia). But they didn’t keep their word.
“This shows political immaturity on the
Islamists’ part,” Sherif Mekawy, a liberal
demonstrator who has been camping out
in Tahrir Square for three weeks now, told
The Egyptian Gazette. “Egypt’s Islamists
are just a bunch of political opportunists.”
**
What was planned to be a demonstration
of unity last Friday turned into an Islamist
show of power, even as the liberals and the
Islamists had agreed hours before the
demonstrations to focus on the things that
unite them, not the ones that separate them.
The Islamists mobilised hundreds of thousands
of bearded supporters and bussed them to
major squares across the nation to demand
the application of the Sharia, something that
has angered the liberals, making people across
the nation worried about the future of this country.
Holding placards with slogans such as “Why are
you afraid of Islamic Law?” and chanting their
customary Islamic slogans, the Islamists, including
Salafists and Jamaa Islamia and Muslim Brother-
hood members, took the nation by storm on Friday.
**
“Egypt is an Islamic country already,” said Gamal
el-Gheitani, a renowned novelist in a phone interview
with Egyptian TV on Friday. “Why are the Islamists
so anxious to state the obvious, unless they really
mean to cause polarisation here?”
***
Läs hela artikeln
Upplagd av hcp kl. 07:00