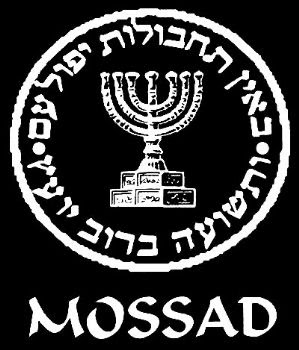 The Tablet har en intressant artikel
om den förmodade vänskapen mellan
CIA och Mossad. Hur är det egentligen
med den....?
***
The United States Embassy in Tel Aviv,
in a prime beachfront location at 71 Ha
Yarkon Street, is six stories tall, not
including the mysteries on its roof.
Israeli intelligence operatives and
journalists have for many years
suspected that atop the embassy
and perhaps in its basement are
sophisticated surveillance systems
that keep a close electronic eye on
the Jewish state. Certainly, as is
standard in most any U.S. Embassy,
there is a suite of offices comprising
the CIA station, its staffers given
diplomatic titles such as “second
secretary.”
**
No attempt is made to hide their
identity from Israeli authorities
because this host government is
considered friendly.
Friendship between nations, especially
in the volatile Middle East, is not naïve.
The Mossad and other Israeli security
agencies, as well as top politicians,
assume that the United States routinely
listens to their phone conversations,
copies fax messages, and intercepts
email messages—data known in the
spy business as comint (communications
intelligence)—and also gathers sigint
(signals intelligence), which involves
analyzing data transmitted on various
wavelengths by Israeli military units,
aviation manufacturers, space launch
sites, labs suspected of doing nuclear
work: any defense-related facility that
puts out signals. This assumption is
strengthened by the fact that more
than 20 years ago, embassy officials
approached Israeli authorities with a
request to rent office space in the
Mandarin Hotel, on the beach north of
Tel Aviv. Permission was denied, because
that location is on a precise east-west line
barely a mile from Mossad headquarters
(inland at the Gelilot highway intersection)
and a bit farther from the equally secretive
military intelligence codebreaking and high-
tech surveillance Unit 8200.
***
Läs hela artikeln
Upplagd av hcp kl. 09:00