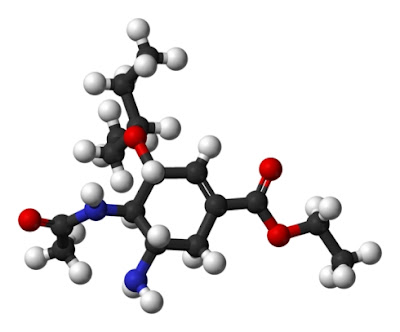 Abraham H Foxman från ADL konstaterar
att en ny pandemi drar över världen, anti-
semitismen.
**
Let’s take a moment to revisit what happened
in the weeks after Israel launched the Gaza
offensive on Dec. 27.
It was as if the floodgates had been opened.
Within days an open season had been declared
on world Jewry. It started with criticism of
Israel: Israel was wrong. Israel was evil.
Israel was satanic and a violator of inter-
national human rights and international law.
This theme quickly morphed into talk about
war crimes and war tribunals.
In cities around the world, rhetoric at rallies
and demonstrations against Israel reached
a fever pitch with the most outrageous
language imaginable and comparisons of
Israelis and all Jews to Nazis, to Hitler, to
swastikas. The language was unmistakable
and ubiquitous -- the Star of David equals
the swastika, the accusation that Gaza is
the same as Auschwitz, the victims of the
Holocaust are now the perpetrators of a
new one. The shouts of “Jews to the Gas”
-- shamelessly shouted in public, even in
Fort Lauderdale, Fla. -- spread quickly
across the Internet along with much
worse expressions of hatred for Israel
and Jews.
Jewish communities felt pressure as never
before. In Venezuela, the community of
nearly 15,000 woke up to a nightmare
of anti-Semitic expression aided and
encouraged by President Hugo Chavez
and his government, who expelled the
Israeli ambassador and called on Jewish
Venezuelans to renounce their allegiance to
Israel. In Caracas, a synagogue was vandalized
in an orgy of anti-Semitism: the Torah scrolls
thrown to the floor, the walls daubed with
anti-Jewish epithets and threats, the member-
ship rolls stolen. The Venezuelan media and
Web sites were filled with expressions of hatred
for Israel and calls for Jews to be expelled from
the country.
Venezuela was not an isolated case. Reports
flooded in from Jewish communities around
the world that were feeling similar pressures.
European countries, including democratic,
Western nations such as France, Belgium and
Great Britain, witnessed an outpouring of hatred
aimed at Jews. The hateful rhetoric at rallies
often was followed by violence, sometimes
by demonstrators, other times by unidentified
perpetrators who aimed Molotov cocktails at
synagogues and other visibly Jewish institutions
and property.
**
Pandemi enligt Socialstyrelsens definition:
En pandemi är när en infektionssjukdom
sprids över stora delar av världen och
drabbar en stor andel av befolkningen i
varje land.
**
This is why the word “pandemic” applies to
what we are witnessing. Not only has it
spread more widely than we have ever
witnessed -- even during the second intifada,
when Israel faced suicide bombings in the
heart of Jerusalem, it was not this intense
-- but it has metastasized with accusations
of dual loyalty and Holocaust denial thrown
into the mix.
This is the worst, the most intense, the most
global hatred aimed at Jews in most of our
memories. When was the last time we can
remember Jews being beaten in the street,
as happened in the United Kingdom, where
220 incidents were reported during the three
weeks of Israel’s military operation, an eight-
fold increase compared to the same period a year ago?
likewise, in Amsterdam, Antwerp, Athens,
Barcelona, Berlin, Caracas, Florence,
Montevideo and Paris, Jews have been
beaten on the street, synagogues have
been firebombed and desecrated, and
Jewish institutions, businesses and homes
have been attacked.
And for what reason? Because Israel, a
sovereign nation, sought to defend itself
from the constant barrage of Hamas
missiles threatening its cities."
***
Hela artikeln här
***
Ur egen fatabur
Upplagd av hcp kl. 06:00