IDF meddelar:
This morning, on 9:30 AM, in violation of
the latest ceasefire, Hamas terrorists,
including a suicide attacker, fired at our
forces in southern Gaza. We suspect that
Hamas kidnapped , 2nd. Lt. Hadar Goldin
an IDF officer, during the exchange of fire
and dragged him into a tunnel.
The IDF is currently conducting extensive
searches in order to locate the missing soldier.
**
Israeli soldier feared kidnapped by Hamas

DEBKAfile August 1, 2014, 2:13 PM (IDT)
The IDF confirmed Friday that an Israeli soldier was feared kidnapped in Rafah in one of a range of gross Hamas breaches which caused the 72-hour truce imposed Friday at 8 p.m. to break down. Hamas official Mussa Abu Marzuk claimed in Cairo that “an Israeli officer was taken prisoner.” The family has been informed. A team of Israeli soldiers was clearing a terror tunnel Friday, when it came under heavy Hamas fire and a suicide terrorist jumped out of the tunnel and blew himself up. IDF artillery and air force responded to the attack by pounding the Rafah-Khan Younes area, as troops scoured southern Gaza Strip for the missing soldier. The Palestinians report many dead.  Up to 20 rockets and mortar shells were fired at Israeli towns and communities from 10 a.m. and are still ongoing.. 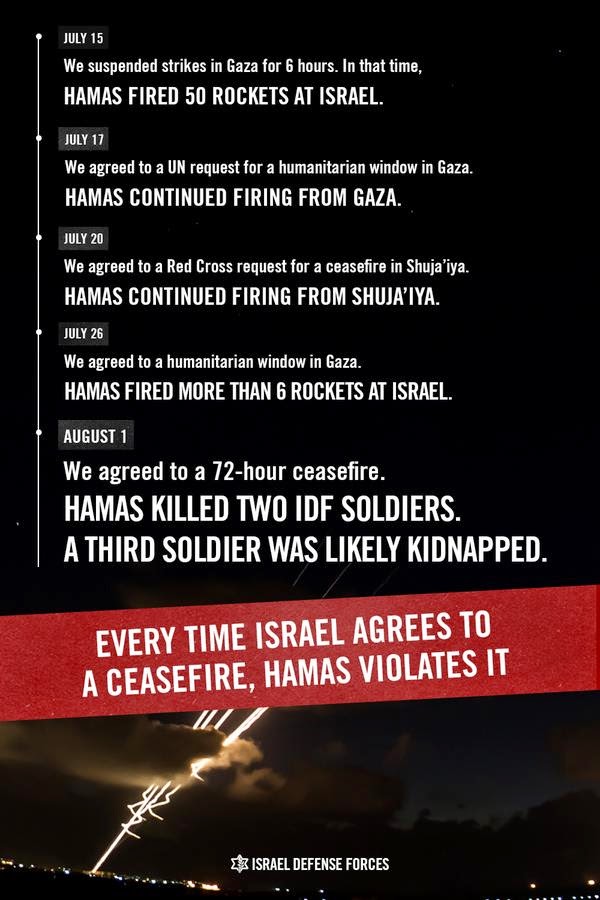 ***
UPDATE:
Soldier thought captured by Hamas was killed in battle
DEBKAfile August 3, 2014, 5:22 AM (IDT)
Israel on Sunday declared dead a soldier feared abducted by Hamas in the Gaza Strip during a mid-ceasefire suicide attack in Rafah Friday. It was determined that 2nd Lt. Hadar Goldin, 23, was killed in action during an operation in the southern Gaza Strip, an army statement said.
"A special committee led by the Israel Defence Forces Chief Rabbi announced the death of the IDF infantry officer of the Givati Brigade, Lieutenant Hadar Goldin, who was killed in battle in the Gaza Strip on Friday, August 1, 2014," the army statement said.
﻿
Upplagd av hcp kl. 14:43