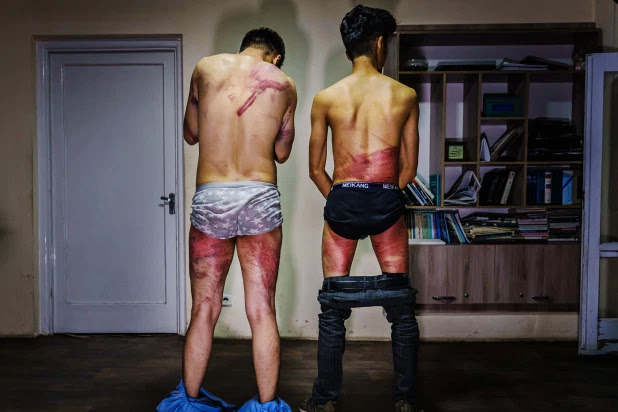 KABUL, Afghanistan — The Taliban’s reinstatement of the Ministry for Propagation of Virtue and Prevention of Vice — which was abolished following the US occupation — sent a collective shudder through many Afghans, who remembered it for its strict interpretation of Islamic law.

“The main purpose is to serve Islam. Therefore, it is compulsory to have Ministry of Vice and Virtue,” Mohammad Yousuf, who says he is around 32 years old and responsible for the “central zone” of Afghanistan, tells me from inside his Kabul office on Monday. “We will punish as per the Islamic rules. Whatever Islam guides us, we will punish accordingly.”

Actions will be taken on the “major sins of Islam,” such as sexual intercourse outside marriage, killing someone, and theft, he said.

“Islam has its rules for major sins. For example, killing someone has different rules. If you do it intentionally, if you know the person and intentionally kill the person, you will be killed back. If not intentional, then there might be another punishment like paying a certain amount of money,” Yousuf continues. “If there is a theft, the hand will be cut off. If there is illegal intercourse, they (violators) will be stoned.”

He claimed that both the male and female miscreants would be executed in the draconian manner, although stoning has previously been the group’s mode of punishment for women. Yousuf says four witnesses are required, and those witnesses “should all have the same story.” 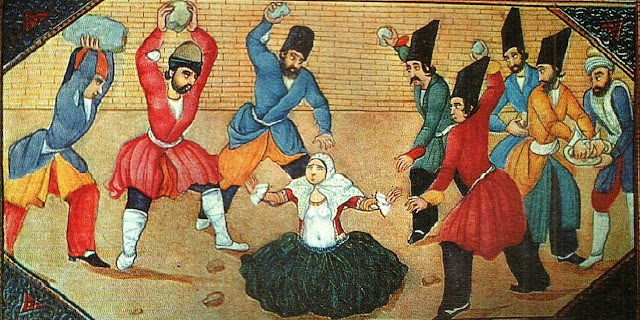 Throughout the Taliban’s last reign, from 1996 to 2001, the ministry enforced stringent restrictions on women. They were forced to wear the burqa, never leave their home without a male relative, and banned from education beyond the sixth grade.

In addition, the ministry brutally imposed prayer times and mandated that men grow beards. It prohibited music, smoking and other forms of entertainment, including chess, dancing and kite-flying. Bands of “morality police” were deployed to the streets, and violators were met with harsh punishments ranging from flogging and amputations to stoning and public executions.

However, he also insists that the feared ministry will be “different to last time,” asserting that in the previous regime, there were not many Islamic scholars determining the rules, and this time, all regulations will be determined by scholars once the new government is fully formed.

“Last time, we were using force to implement Islam and the rules, but this time it’s not the same. We will be guiding people; we will be helping them understand what is good and what is bad,” he claims. “We may use force, but first, we will go with open hearts. But in the case they (Afghans) continuously do the same (violations), we will be using the force.”

Yousuf says there will likely be “morality police” once again, but there “will be less.” As for women’s dress and whether they can receive a complete education and work, those issues will be determined soon.

Furthermore, he pledges that school curriculums will remain as they are for now. Still, any subjects that “go against the teachings of Islam” — such as those preaching other religions like Christianity — will be removed.

Yousuf himself hails from Baghlan province and says he went to regular school through the ninth grade. After that, he underwent Islamic studies for 13 years and went on to “preach the knowledge of Islam” for the past decade, but vows that he has never undergone military training and never fired a bullet.

“We just want a peaceful country with Islamic rules and regulations,” he said. “Peace and Islamic rulings are the only wishes we have.”

Yousuf also points out that the revived Vice and Virtue Ministry, now led by Mohamad Khalid, will likely move to the building housing the Ministry of Interior, which is helmed by Sirajuddin Haqqani, on whose head the US government has placed a $5 million bounty.

Meanwhile, the induction for the newly appointed cabinet inside the associated Ministry of the Hajj and Religious Affairs took place last Thursday, the morning after the new interim government was announced.

Being a woman, I was not permitted to join my photographer Jake inside the induction ceremony — which was filled to the brim with passionate sermons and dozens of devout religious elders and revered individuals, including Abdul Hakim Haqqani, a member of Afghanistan’s leadership committee.

Noor Mohammad Saqib, the minister of hajj and religious affairs, led the ceremony inside a packed room with overtures about the freedom and independence of Afghanistan, the implementation of Islamic rules and regulation, and the construction and development of the beleaguered nation. Saqib, 57, was born in the province of Samangan and underwent Islamic studies both inside and outside the country. He says he has been a Taliban member for 26 years.

Instead, a young Taliban in long, flowing robes brings me water and a cracked leather chair to sit on alone in the shade and across from the flapping Islamic Emirate of Afghanistan flags, their rifles always a few feet away. After some time, another Taliban member in a baby blue Afghan dress guides me to a circular room with cushions and sunshine peeking through the curtain gaps as the sounds of ceremony gain momentum close by.

While the leadership did not want to be seen speaking to a woman in front of their devotees, Hafiz Habib, deputy minister of the hajj and religious affairs, agrees to an interview in a private room, where he sits close by and never glances in my direction.

Nonetheless, he speaks softly and welcomes me as a guest in his country. According to Habib, the punishments in the new era will be determined by Islamic attorneys.

“The Justice Department will be responsible, we will have judges, and they will make a decision,” he says, adding that they do not yet have full knowledge of what the legal code will entail.

He also assures me — somewhat vaguely — that Islam permits “full rights” to women.

“Women can go to the office, everything if they have a job. And a woman can wear whatever she likes,” Habib says, adding that a burqa was no longer necessary and that a hijab — headscarf — would suffice. “They should go to education.”

He also declares that school curriculums will continue to feature subjects such as science and math and that they will “add Islamic subjects.” Only the final ruling for all things — including women’s affairs — has yet to be handed down.

Habib also notes that the ministry will call upon a “jirga” — an assemblage of Islamic leaders to make decisions as per the instruction of Pashtunwali — to develop a final “document.” He claims women will be included in the meeting only if they have “achieved the highest level of Islamic knowledge” and that they “should be a full scholar of Islam.”

Nonetheless, critics contend that the binding religious codes within the group have rendered it all but impossible for women to reach the top echelons. This justification will potentially be used to explain why no female faces are seated at the table.

Habib also echoes the sentiment of much of the Taliban top brass in recent days, that they have “implemented a general amnesty” and that members are forbidden to harm or seek revenge upon any Afghans. He vows that any Taliban found disobeying orders will be met with “full punishment.”

“One of the best features of Islamic law is that everything is equal,” he continues. “People can go to a place and submit their complaints, and they will be taken care of. Every location has a leader who is responsible for everything.”

Despite earlier proclamations that the new Islamic Emirate of Afghanistan would be diverse and inclusive, it included only Taliban hardliners and no women or ethnic minorities. And the Ministry of Women’s Affairs has seemingly been disbanded.