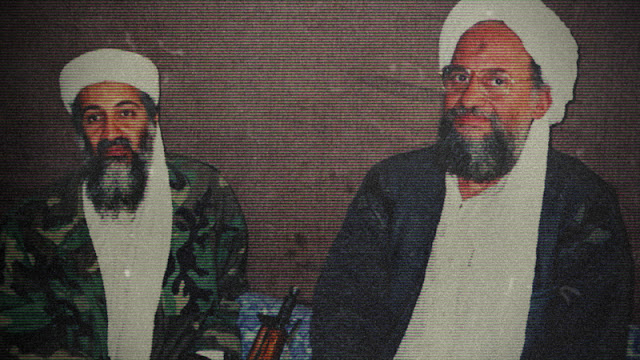 Unconfirmed reports have been hinting at the possible death of Al-Qaeda's chief Ayman Al-Zawahiri, who had succeeded Osama bin Laden after the latter's death in 2011. This news has been circulating online without any official statements so far.

So take this news as you will, but I wouldn’t post it if it’s just a rumor. It is making the rounds in jihadi close circles, and at least some are treating it as confirmed news.

Reports of Al-Zawahiri's demise were first tweeted by Syrian-American journalist Hassan Hassan, who said that the 69-year old Egyptian chief of Al Qaeda terrorist group "died about a month ago of natural causes."

According to Hassan, the word has been circulating amongst what he called "jihadi circles," noting that "some sources close to Hurras Al-Din also known as Guardians of Religion Organization, the Syrian group affiliated with Al Qaeda, have been treating these reports as confirmed."

None of the sources quoted have yet revealed any details about the location of Al-Zawahiri's reported death.

Big: #AlQaeda Chief Ayman Al-Zawahiri likely dead. He was Osama Bin Laden’s successor. As per new media report claims. Several such claims have earlier turned out to be false. Will have to wait for official #AQ version. If he is dead, official announcement may come soon. https://t.co/N0MTUTNY7t

While no officials statements have been released yet by any government regarding the news, social media commentators have been contemplating names of possible successors of Al Zawahiri, saying that bin Laden's son, Hamza, is amongst the potential candidates, especially after the death of another high-ranking Al Qaeda leader a few months ago.

2)If he is dead, it is unclear who would be the successor. Ra’uf was a recent candidate but was killed 2 wks ago. Besides Hamza bin Laden, whose fate AQ still has not acknowledged, no other officials have been publicly groomed to take a leading role in the organization.

Afghanistan #Al_Qaeda announces the death of their leader Ayman al-Zawahiri. Accounts affiliated with the al-Qaeda terrorist organization announced the death of #Zawahiri as early as a month ago and attributed the death to natural causes. https://t.co/exz1JUR88h

Two days ago, US media reported the death of Al Qaeda's second-highest-ranking militant, also an Egyptian called Abu Muhammad Al-Masri in an airstrike in Iran about three months ago. According to the NYT, the operation in which Al-Masri was killed was "led by Israeli agents who shot him in a Tehran street on the 7th of August 2020."

According to many US media sources, Al-Masri was one of the main suspects of the blasts that hit the American Embassy in the Kenyan capital in 1998, killing more than 200 people.

Ayman Al-Zawahiri was born in Cairo, Egypt in 1951 to a prosperous family. His father was a surgeon and a professor of pharmacy. He studied medicine at Cairo University and graduated in 1974 to work as a surgeon in the Egyptian Army.

With Al-Qaeda’s no.2 killed and unconfirmed rumors of Ayman Al-Zawahiri also dead - the terrorist group appears to be headed into crisis - my latest for @arabnews https://t.co/h7crm4g4T5

The young doctor, who spoke Arabic, English, and French fluently, had also earned an MA degree in surgery, working for a private clinic he founded in Cairo before working in Saudi Arabia for a year in the 1980s, where he met with Osama Bin Laden.

Following the 9/11 attacks, the U.S. State Department had offered a $25 million reward for information leading to Al-Zawahiri's capture, but with no results.