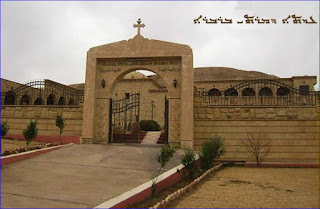 The radical group has bombed the Barbara Fouq Attal Church in the Assyrian town of Karemlis near Mosul city.
"Daesh [ISIS] jihadis detonated a number of explosive devices inside the church on Sunday afternoon," human rights activist Ghazi Shamoun told ARA News. "The church was destroyed completely."
The Assyrian town of Karemlis and other Christian areas have been evacuated completely subsequent to the ISIS invasion of Nineveh governorate in June, 2014. Thousands of Christian families fled their hometowns and took shelter in Iraqi Kurdistan Region.

Related: Church Bombings in Iraq Since 2004
Related: Timeline of ISIS in Iraq
Related: Attacks on Assyrians in Syria By ISIS


"The terrorist group has destroyed dozens of Assyrian churches and archeological sites in Nineveh in a bid to eliminate the historical identity of the area," Shamoun said.
History Under Attack
Zuheir Mousilly, a media activist based in Nineveh, told ARA News that since its control over the city of Mosul in 2014, ISIS has destroyed much of Iraqi historic sites and monuments, including the Assyrian city of Nimrud, the Winged Bulls, and the Mosul National Museum, after stealing the removable pieces for smuggling. 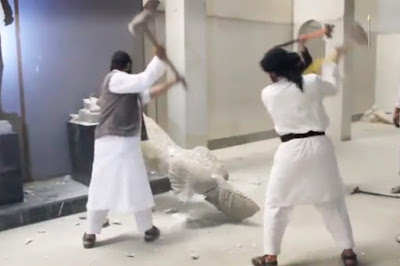 Last April, ISIS demolished the Gate of God [Eia] which dates back to the 7th century BC, the time of the Assyrian king Sennacherib.
The expert on the Iraqi Antiquities Affairs Yasser Hatami condemned the destruction of the historic gate, blaming Iraqi authorities for the incident for their inability to protect those archeological sites.
"ISIS views those sites as sacrilegious and a return to paganism," Syrian antiquities chief Abdul Maamoun Abdulkarim told ARA News in an earlier interview. 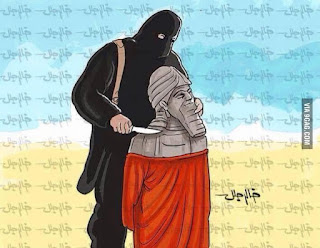 Last year, ISIS extremists bombed the renowned Yezidi ancient minaret of the Shingal district (120 km west of the city of Mosul), in northern Iraq.
In April 2015, the terror group blew up the church of Virgin Mary in the Assyrian village of Tel Nasri near the town of Tel Temir (50 km west of Hasakah) in northeastern Syria.
Also, the radical group blew up two monuments in the ancient city of Palmyra in central Syria in June, 2015, according to local sources.
Around 1000 archaeological sites in Syria and Iraq have been attacked by ISIS and other Islamist groups, according to reports.﻿
Upplagd av hcp kl. 05:00