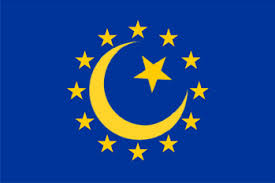 Läs hela artikeln i Times of Israel:
Over a dozen countries on Tuesday abruptly changed their voting pattern at the United Nations in Israel’s favor, opposing an annual resolution expressing support for a pro-Palestinian UN agency traditionally critical of the Jewish state.

Germany, the Czech Republic, Austria, Bulgaria, Denmark, Estonia, Greece, Lithuania, Netherlands, Romania, Slovakia, Brazil and Colombia for the first time voted against the resolution regarding the Division of Palestinian Rights at the UN Secretariat.

In past years, these countries had abstained on the resolution.

“I am pleased that this significant group of countries has decided today to voice a clear moral stance against discrimination toward Israel at the UN,” Foreign Minister Israel Katz said in a statement. “This represents an important step in the long struggle against the prejudiced bias toward Israel at the United Nations. Particularly noticeable is the shift in the stance of several member states of the European Union and I trust that the remaining EU members will adopt this position soon.”
The UK, France and Spain abstained, as they do every year.

Katz also thanked the United States, Canada, Australia, Guatemala, Honduras, Hungary, Micronesia, the Marshall Islands, Nauru and Kiribati who again voted against the resolution.
The New York-based Division for Palestinian Rights is notorious among Israeli officials and pro-Israel advocates for its harsh criticism of Israeli policies. It serves as the Secretariat of the Committee on the Exercise of the Inalienable Rights of the Palestinian People and organizes international conferences that usually focus on bashing Israel. It is also responsible for the annual observance of the International Day of Solidarity with the Palestinian People on November 27.
The resolution passed Tuesday states that the Division for Palestinian Rights “continues to make a constructive and positive contribution to raising international awareness of the question of Palestine and of the urgency of a peaceful settlement of the question of Palestine in all its aspects.”
“This body represents the structural discrimination against Israel in the UN arena and uses UN manpower and budgetary resources to promote a Palestinian narrative while simultaneously encouraging a distinctly anti-Israel agenda,” Katz said.
According to Hillel Neuer, the executive director of Geneva-based UN Watch, the surprising change in the voting pattern of 11 EU states has to do with “an unprecedented focus” on Germany, whose Foreign Minister Heiko Mass earlier this year pledged to oppose the unfair treatment of Israel at the UN.
“I think Germany felt the need to modify some of its anti-Israel votes, and that this rare EU split at the GA allowed Netherlands, Austria and others to follow,” Neuer told The Times of Israel. “We were disappointed that countries like the UK, France and Spain did not join this principled opposition.”
“With it’s ‘no’ this year, Germany expresses its criticism on the disproportionally high number of resolutions that are critical of Israel,” Germany’s Foreign Ministry said in a statement. The ministry further said that there was no reason for the special status enjoyed by the Division for Palestinian Rights.