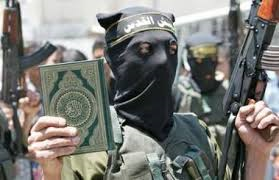 Task Force Takuba will work towards containing the jihadist violence in Mali that has plagued the area since 2013.

Inside a military base in northern Mali, a concrete bollard emblazoned with French, Estonian, and Swedish flags marks a zone reserved for a new anti-jihadist unit of elite European troops.

Dubbed Task Force Takuba, the new joint deployment marks a coup for France, which has sought partners in its long fight against Islamist militants in Africa’s vast Sahel region.

French troops first deployed to Mali in 2013 after a jihadist insurgency broke out in the country the previous year.

But despite their presence, jihadist violence has spread to neighboring Burkina Faso and Niger.

Thousands of soldiers and civilians have been killed in the conflict, and hundreds of thousands more have had to flee their homes.

Anger at the seemingly endless insurgency in Mali also fueled protests against president Ibrahim Boubacar Keita, culminating in his ouster in a military coup on August 18.

#France's Minister of the Armed Forces @florence_parly says military forces from #Czech Republic and #Sweden will soon be joining Task Force Takuba and counterterror efforts in the #Sahel https://t.co/0dv3covblm

At the base in the city of Gao, about a dozen French and Estonian soldiers from Takuba sit under an awning, surrounded by storage containers and light military vehicles.

Takuba troops are tasked with supporting elite Malian soldiers, who use motorbikes and pick-up trucks to zip into territory lost to jihadists at high speed.

“Malian armed forces arrived alone in the villages so that the population could see them,” said the commander of the Franco-Estonian unit, who gave his name as Aurelien, while the Europeans worked “discreetly.”

Despite their different backgrounds, the polyglot force had little trouble working together.

“For our unit, it’s the first time we work with the French,” said an Estonian soldier. “So far there is no problem of interoperability.”

Belgium, the Czech Republic, Denmark, Estonia, Germany, the Netherlands, Norway, Portugal, Sweden, and the United Kingdom all made a political commitment to send special forces to Mali in March. French special forces will also participate.

But Takuba is still in its initial stages, and it is not yet clear when the different countries will deploy their troops — with many countries requiring prior parliamentary approval.

‘Other Europeans Will Join Us’

France currently has 5,100 soldiers spread across the Sahel as part of its Operation Barkhane — and has lost some 45 soldiers since first intervening in Mali in 2013.

At a French forward base in Menaka, a town about an hour’s drive east from Gao, engineers are preparing for the arrival of more European special-forces units.

A French commander who gave his name as Cedric said he expected Czech counterparts to arrive soon. The Czech parliament approved their deployment last month.

A successful beginning for Takuba is considered crucial to its long-term success.

And for France, which is hoping to eventually draw down its own military commitment in the region, the stakes are high.

A 150-strong Swedish unit is also scheduled to deploy early next year, along with three Blackhawk helicopters.

This unit — unlike other European contingents in Takuba — will carry out rapid-response missions instead of shadowing local troops.

Italy too has authorized the deployment of up to 200 soldiers, but it is not yet clear when they will arrive.

“We hope that other Europeans will join us,” said Commander Aurelien, pointing to the need for extra support in securing the lawless border region in Mali and Burkina Faso.