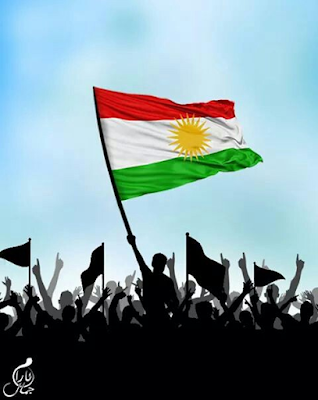 How often do the governments and regimes of the United States, Russia, Iran, Turkey, Iraq and Syria agree on the same policy? Next to never. But for once, they are on the same page about an event scheduled to take place a month from now. All are trying, in some cases using threats, to stop the Kurdistan Regional Government (KRG), the semi-autonomous administration of the Kurdish region in Northern Iraq, from holding an independence referendum on September 25.
The KRG has declared that the referendum will be “binding” - in other words, if a majority of the 5 million voters choose independence, as is widely expected, they will initiate the breakaway process. Iraq’s Shi’ite-dominated government in Baghdad has made it clear that they will not recognize the referendum’s results, but it is unclear how they can prevent Kurdish independence. 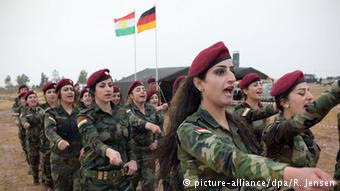 Last Wednesday, the chief of staff of Iran’s armed forces, General Mohammad Hossein Baqeri, made a rare visit to Ankara. On the agenda was Iran and Turkey’s joint opposition to Kurdish independence. Both countries share borders with Iraqi Kurdistan and have large Kurdish minorities (an estimated three-quarters of all the Kurds in the Middle East live in Turkey and Iran) which could seek to break away and join a new independent Kurdistan.

Turkey’s President Reccep Tayip Erdogan, who until a few years ago supported a peace agreement with the Kurds in his country, has pursued a hard-line nationalist anti-Kurd policy of late, which has included the arrest of most of the members of the HDP Kurdish party. An independent Kurdistan would be a boost for Turkey's Kurdish citizens.
Recognizing that these developments could make matters in the region even more volatile, U.S. Secretary of Defense James Mattis was in the Kurdish capital Erbil this week, urging KRG President Masoud Barazani to postpone the referendum. The US has been working closely both with the Iraqi government and with the Kurds on fighting ISIS both in Iraq and Syria. The American-backed Syrian Democratic Forces, which consists mainly of Kurdish fighters, is now at the forefront of the battle for capturing Raqqa, ISIS’ main base in Syria. Kurds are also expected to be heavily involved in the next stage of fighting, against ISIS’ last major strongholds in the Euphrates Valley, on either side of the Syria-Iraq border.
The war against ISIS is currently the only semi-coherent policy the Trump administration has in the Middle East, and Mattis is understandably concerned that a conflict over Kurdish independence will create further discord among what is already a disparate anti-ISIS alliance. But Barazani is extremely unlikely to back down, weeks before the referendum. Since 2014, KRG has de facto been disconnected from the central government in Baghdad.

The Kurds have sought to independently export oil from the rich oilfields around Kirkuk, leading the Iraqi government to cut off allocations from the state budget. As the export has proved problematic and oil prices plummeted, the Kurdish region has been cast into a deep financial crisis. Three years ago, hopes for an energy boom were high in Iraqi Kurdistan, new hotels and office blocks were being built in the main cities, which were linked by new wide highways. “Everything now is at a standstill,” laments one businessman from the city of Dohuk. “The hotels are empty, no investment is coming in and independence seems like the solution to all our troubles.” 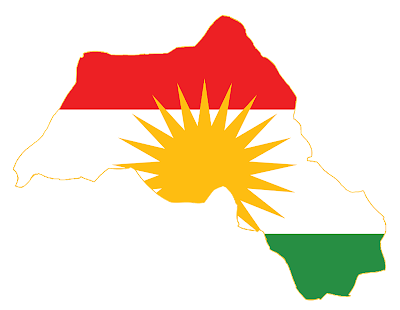 ﻿
An independent Kurdistan
Can an independent Kurdistan survive? Landlocked and dependent on oil exports, it will have to reach some kind of deal with one of its neighbors to allow it to ship the oil out. But they are all resolutely opposed to Kurdish independence. There are internal challenges as well. The KRG’s political system is deeply divided between the main dynasties that control the political parties. Corruption is rife and the Peshmerga militia is a brave fighting force, which for two years, as the Iraqi army crumbled, was the only one opposing ISIS, but it also includes tens of thousands of ageing veterans who are paid pensions while moonlighting as security guards. Lacking sufficient heavy weaponry, the Peshmerga will be hard pressed to defend Kurdistan should Turkey or Iran decide to invade, with or without the invitation of the Iraqi government.
One country the Kurds are hoping to receive assistance from is Israel, which was one of the first customers for their oil. While some Israeli politicians have openly expressed support for Kurdish independence, the government has been careful not to take a position. There are a number of advantages for Israel in an independent Kurdistan. Its location astride Iran’s route to Syria and Lebanon is just the most obvious one. Kurdistan would be a headache not just for Iran, but for other potential rivals including Iraq, Turkey and Syria. Israeli businessmen are already welcome in Erbil, and the development needs of a new emerging and potentially pro-western nation would be worth billions. But Israel is loath at this point to do anything without coordination with the Americans.

Israel is also gingerly trying to rebuild the once strategic relationship with Turkey. Diplomatic ties have been renewed but there is still a long way to go before the level of cooperation the countries once had can be restored. As it stands, Turkey is the only neighbor of the Kurds with which Israel has open relations and through which the Kurdish oil can be shipped. In the short-term, the Kurds can create a lot of problems for Israel’s rivals in the region but for any long-term prospect of a regional alliance which will keep Iran out, Israel needs Turkey and Kurdistan to come to an understanding. The referendum won’t help that happen and the Kurdish expectations that Israel will swiftly recognize their independence are probably unfounded for now.
﻿