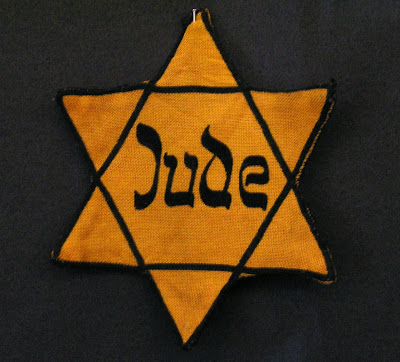 Amerikanska State Department sammanställde
i slutet av förra året en översikt över
antisemitismens utveckling i världen.
Contemporary Global Anti-Semitism:
A Report Provided to the United States Congress
Några smakprov:
....
In Poland, conservative Catholic radio station Radio Maryja, founded in Torun in 1991, is one of Europe’s most blatantly anti-Semitic media venues. Radio Maryja is owned by the Congregation of the Most Holy Redeemer, and is financed through donations from its audience. Directed by Father Tadeusz Rydzyk, Radio Maryja reportedly attracts more than 10 percent of adults in Poland. The radio has criticized Jews in Poland and elsewhere in Central and Eastern Europe suggesting they are part of a worldwide "Holocaust Industry." In July 2007, Father Rydzyk was recorded making a number of anti-Semitic slurs. He said Jews were pushing the Polish government to pay exorbitant private property restitution claims, and that Poland’s President was "in the pocket of the Jewish lobby." His statements were aimed at encouraging legislators and popular opinion against support for a compensation bill. Several members of the Polish Catholic leadership have criticized Father Rydzyk and Radio Maryja for the statements.
....
In Belarus, anti-Semitic and Russian ultranationalist newspapers and literature, DVDs, and videocassettes continue to be sold at Pravoslavnaya Kniga, an Orthodox bookstore, which sells Orthodox literature and religious paraphernalia. The store is part of the Khristianskaya Initsiativa company, the general director of which writes xenophobic articles. The store distributes the anti-Semitic and xenophobic newspaper Russkiy Vestnik despite a 2003 order by the Prosecutor General and the Ministry of Information to remove copies from the store.
.....
In Serbia, translations of anti-Semitic foreign literature, most notably The Protocols of the Learned Elders of Zion, are reprinted—often without the permission of the originals’ authors or publishers—and sell well in mainstream bookstores, despite the Serbian government’s ban on most of these titles. Neo-Nazi groups, such as Stormfront, circulate their own anti-Semitic literature in Serbian.
.....
In Norway, articles, reports, and political cartoons that vilify and demean the Jewish people and community while minimizing the Holocaust have appeared in the mainstream media. In summer 2006, Jostein Gaarder, a prominent Norwegian author, published an article in one of the major daily newspapers Aftenposten entitled, "God’s Chosen People," that many within and outside the country considered anti-Semitic for its tone and biblical interpretations. A July 2006 caricature in Norway’s largest daily Verdens Gang depicted Prime Minister Ehud Olmert as a clawed subhuman (see Chapter 3). Another caricature which appeared in the major Oslo newspaper Dagbladet in summer 2006 depicted Olmert as a Nazi death camp commander. While anti-Semitic depictions of Israel were especially common in Norway during the Hizballah-Israel conflict in summer 2006, such images also predate it.
.......
In Venezuela, President Hugo Chavez has publicly demonized Israel and utilized stereotypes about Jewish financial influence and control. For example, in the context of the 2006 conflict between Hizballah and Israel, on August 25, 2006 in Beijing, and again in Doha three days later, President Chavez compared Israeli behavior to that of the Nazis.20 On August 6, 2006, on the program, Alo, Presidente, on Venezolana de Television, President Chavez accused Israelis of "applying to the Lebanese people and to the Palestinian people the same treatment they have so criticized about the Holocaust." On July 28, 2006, in an interview broadcast domestically in Venezuela and on Al-Jazeera television, President Chavez said that Israel’s actions regarding the Palestinians and Lebanon were "perpetrated in the fascist manner of Hitler…they are doing what Hitler did to the Jews."
.......
The Iranian regime hosted a Holocaust denial conference in Tehran on December 11-12, 2006. Participants, including prominent anti-Semitic authors and Holocaust deniers, argued that the Holocaust did not occur or was an exaggeration used by Jews for political and financial gain. They also called for the elimination or delegitimization of the state of Israel. Addressing the conference, President Ahmadinejad questioned the history of the Holocaust and asserted that Israel would "soon be wiped out." While President Ahmadinejad provides the most egregious recent example of anti-Semitic incitement by a head of state, other heads of state also have made anti-Semitic statements.
*****
Läs också Stephen Roth Institutes
Antisemitism Worldwide 2008/2009
som tyvärr bara bekräftar State Departements
bild av utvecklingen. Inte minst aktionen mot Hamas
i början på året ledde till en fullkomlig antisemitisk
explosion. Vi minns väl Muslimska Brödraskapets
offensiv mot Israel och judar över hela världen,
pogromerna på Stortorget i Malmö, brandbomber
mot synagoger etc.
Upplagd av hcp kl. 13:00