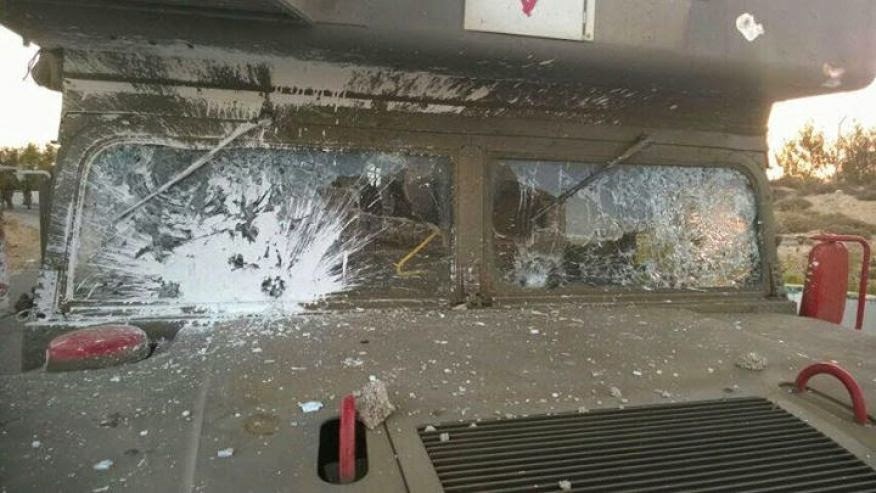 Palestinian Arabs attacked an Israeli Defense Forces
(IDF) ambulance humvee on Monday that was
transporting the recently discovered bodies of three
murdered Israeli boys who were kidnapped on June
12, an Israeli source told The Algemeiner.
The Muqata blog posted an image on Facebook of
what it claimed to be the damaged vehicle writing,
“8:44pm IDF Ambulance humvee transporting the
bodies of the boys attacked by arabs….windows
smashed.”
In the picture, the ambulance’s windshield is
shattered and splattered with paint.
Additionally, the Tazpit News Agency reported that
“the teams working to recover the bodies were
attacked by Arab rioters.”
An IDF spokesperson declined to confirm the
report. 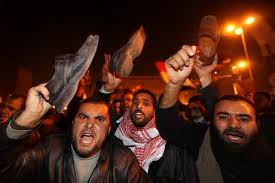