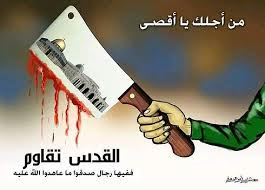 Under årets ramadan tävlar resterna av Al-Qaeda och det
expansiva Kalifatet om att bli först och störst på terrorism.
Jewish Chronicle i London har intervjuat ett antal experter
och konstaterar att Europas judar riskerar att bli offer
för denna "tävling".
One of Britain's most senior terror experts has warned that competition between jihadi groups is contributing towards a newly heightened threat against European Jews.
Peter Neumann, director of International Centre for the Study of the Radicalisation and Political Violence at King's College London said that a growing battle for influence between Al Qaeda and Daesh (sometimes known as Isis) "will be suffered by Jewish institutions here in Europe".
Mr Neumann argued that security services in Europe are "struggling to cope" and that "the threat we are facing is more severe than it's been in past 10 to 15 years".
Last Friday, Daesh carried out a wave of attacks around the world, including the massacre of 30 British holidaymakers in Tunisia.
The battle between the jihadi networks is having a direct impact on the terror threat in Europe, Mr Neumann said. "Al Qaeda still exists, they have supporters. As we found out in the case of Charlie Hebdo, they feel under pressure to show that they still exist and that Daesh is not the only game in town."
Anthony Glees, Director of the Centre for Security and Intelligence Studies at the University of Buckingham, agreed that Jews were among the jihadis' main targets, and that the coming days will be especially dangerous after Daesh spokesman Abu Mohammed al-Adnani said this week that Ramadan would be a "calamity for kuffars".
﻿
Mr Glees said: "I think that the Ramadan call was very significant and spells mortal danger for the weeks that lie ahead if there is not a heavy response now on the part of Western states towards Daesh.
"We know this from Osama bin Laden. His two fatwas at the end of the last century were very significant acts of mobilisation."
Nick Kaderbhai, a research fellow at ICSR, agreed that Jews remain near the top of the jihadi hit list. "Jews are an obvious target, a soft target.
An Islamist could call for an attack on a piece of infrastructure but in the end it's easier to go and firebomb a shul." 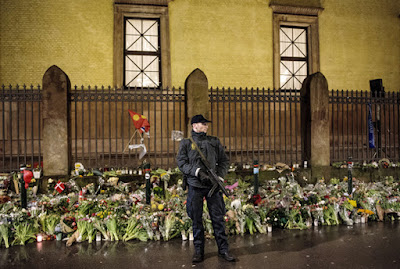 Mr Glees added that the reasons why Jews were in the firing line "go back 1,000 years, to the ridiculous radicalising stories that have risen about the birth of the State of Israel. Arabs have been fed on a series of falsehoods and half-truths - as well as truths - and that will inevitably put Jews at the top of a list of victims."﻿
Upplagd av hcp kl. 23:43