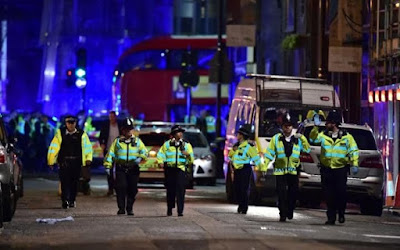 Met Commissioner Cressida Dick was handed a dossier of allegations of Jew-hate in September, after she was interviewed at LBC's Leicester Square studios following the station's investigation into the party's failure to deal with Jew-hate.The dossier contained alleged Jew-hatred by 45 members of the party, some of whom are now under investigation.
….

Board of Deputies Vice President Amanda Bowman said: “This comes as no surprise to us. There is a deeply embedded culture of antisemitism in parts of the Labour Party and Jeremy Corbyn has done close to nothing to address it, to the extent that some cases may now even meet a criminal threshold.
"We have repeatedly set out what Labour needs to do, including taking firm disciplinary action against antisemites and making its opaque processes transparent. Jeremy Corbyn must also apologise for his personal failings to confront racism.”