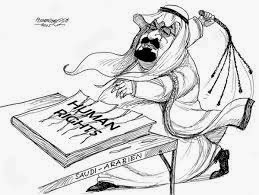 After the diplomatic debacle in Cairo, Arab foreign ministers denounced Wallström in a statement: "Arab countries totally reject Wallström's statement as irresponsible and unacceptable. ... Saudi Arabia's Constitution is based on the Shariah that protects the right of people and safeguards their blood, wealth and honor."
The Saudi cabinet, chaired by the Custodian of the Two Holy Mosques, King Salman, had rejected on March 9 any denunciation of Saudi judiciary, whose decisions are based on Islamic law and "implemented impartially to maintain the country's stability and security".
The Swedish government, parliament and mainstream media, as demonstrated throughout decades, seem to have no inkling of what sharia law implies. 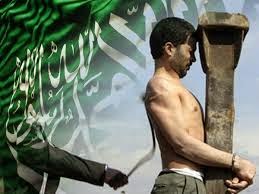 ﻿
In their hearts, they evidently believe that we all think the same. As Sweden champions democracy, liberty and equal rights, the Swedish establishment apparently cannot imagine that others would think otherwise.
This belief has been the basis of Sweden's foreign and immigration policies for many years. The Swedish "humanitarian superpower," however, has now reached the limits of a policy based on love and understanding.
If Margot Wallström had attended diplomacy school, she would have realized that she and her government have fired three missiles at the Arab world and at Saudi Arabia in particular:
As a result of recent developments, Sweden has now lost influence in the Middle East and probably most of the Islamic world.
Through its recognition of Palestine as a sovereign state, and following years of anti-Israeli propaganda, Sweden has made itself terra non grata in Israel -- and now Saudi Arabia does not like it either.

An EU member state that sees itself as the universal purveyor of peace and love, without understanding what is actually going on the world, will of course lose credibility and influence where real policy is made: Washington, London, Berlin, Brussels, Moscow, Beijing, Cairo and so on.

One wonders where the Swedish government will go next to find takers for its uninformed, idealistic world policy."