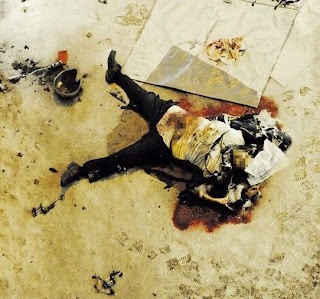 Självmordsbombaren Taimour Abdulwahabs
medbrottsling vid bombdådet i Stockholm har
gripits i Glasgow. Det handlar om en 30-årig
"utländsk, men inte svensk" man, bosatt i White-
inch i norra Glasgow.
The Scotsman rapporterar:
"At 0605 hours on Tuesday March 8, Strathclyde
Police conducted an operation in the Whiteinch
area of Glasgow.
"This has resulted in a 30-year-old foreign national
being arrested under the Terrorism Act (2000).
"The operation centres on a previous incident in
Sweden. It was intelligence-led and relates to
allegations that this individual has been involved in
aiding terrorist activities outwith Scotland."
Two people were wounded in central Stockholm
in what appeared to be the first suicide bombing
in Sweden's history.
Iraqi-born student Abdulwahab, who lived in Luton,
killed himself and injured the two others in the
Swedish capital's shopping district on December 11 2010.
Detectives in Britain and Sweden have been investigating
whether Abdulwahab was supported by others or acted
as a lone attacker.
Officials said at the time the bombing appeared "well-
planned" and worked on the assumption that he was
helped by others.
***
I Mitt Sverige
Daily Telegraph
Upplagd av hcp kl. 12:30