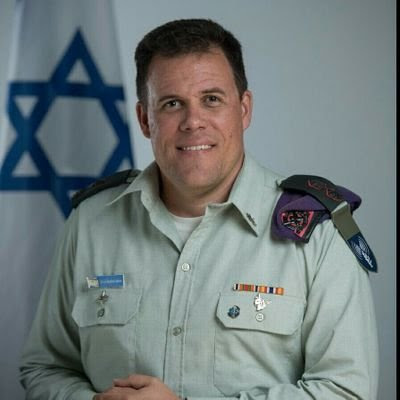 "For the past year and a half, an IDF officer with the rank of major has been
quietly serving in the United Nations’ Department of Peacekeeping
Operations in Manhattan.
The role makes the officer responsible for collecting information for UN forces
deployed in war zones around the world that are participating in, among others,
battling Boko Haram  in Nigeria, Al-Shabaab in Somalia, and the war in
Donbass, Ukraine. 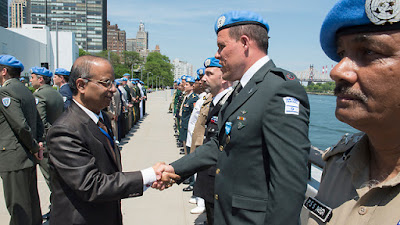 Major Jonathan Conricus is the first Israeli officer to hold a position at the UN.
He has served since November 2014, beating out officers from all over the world.
The role is that of an evaluation officer, which relates to intelligence. Conricus is
responsible for collecting relevant information for a number of UN forces and penning
evaluations of risks in certain areas. He is responsible for the area where MONUSCO is
active in the Democratic Republic of Congo, for fighting Boko Haram in northern Nigeria,
for fighting al-Shabaab in Somalia, and for fighting between Kiev and pro-Russian
separatists in Ukraine.
Israeli Ambassador to the United Nations Danny Danon said regarding Conricus’s service:
“We are very proud of the Israeli representatives at UN institutions. Despite attempts
by anti-Israel elements to boycott Israel, its citizens continue to show Israel’s true face
to the world and to contribute to the international community in a wide range of areas.
” He further said that “technology for protecting peacekeeping troops, professional
consultation on legal matters, and major healthcare aid are only part of
Israel’s assistance for the UN’s humanitarian purposes. We are working to i
ntegrate more Israelis into the UN, and I call on more Israelis to join
the campaign and become true ambassadors of Israel.”
Israel has in the past sent humanitarian delegations in disaster zones,
such as a field hospital in post-earthquake Haiti; a police officer sent to
join peacekeeping efforts  in Georgia; police officers sent to Haiti
for the purpose of policing and maintaining order; search and rescue
teams sent t Turkey after earthquakes; a field hospital for people
hurt in the earthquake and tsunami in Japan; and a field
hospital in the Philippines after a typhoon. "