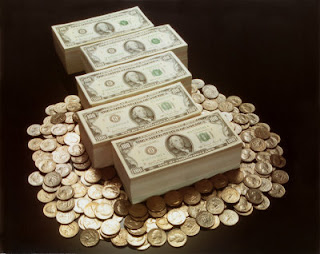 Utrikesminister Clinton i ett gruppmeddelande
till de amerikanska ambassadörerna i Mellan-
östern i december 2009:
The USG engages regularly with the Saudi
Government on terrorist financing.
The establishment in 2008 of a Treasury
attache office presence in Riyadh contributes
to robust interaction and information sharing
on the issue. Despite this presence, however,
more needs to be done since Saudi Arabia
remains a critical financial support
base for al-Qaida, the Taliban, LeT,
and other terrorist groups, including
Hamas, which probably raise millions
of dollars annually from Saudi sources,
often during Hajj and Ramadan.
In contrast to its increasingly aggressive efforts
to disrupt al-Qaida´s access to funding from
Saudi sources, Riyadh has taken only limited
action to disrupt fundraising for the UN 1267-
listed Taliban and LeT-groups that are also
aligned with al-Qaida and focused on under-
mining stability in Afghanistan and Pakistan.
**
Saudi Arabia has enacted important reforms
to criminalize terrorist financing and restrict
the overseas flow of funds from Saudi-based
charities.
However, these restrictions fail to include
multilateral organizations such as XXXXXXX
Intelligence suggests that these groups
continue to send money overseas and,
at times, fund extremism overseas.
In 2002, the Saudi government promised to
set up a "Charities Committee" that would
address this issue, but has yet to do so.
The establishment of such a mechanism,
however, is secondary to the primary U.S.
goal of obtaining Saudi acknowledgement
of the scope of this problem and a commitment
to take decisive action.
(....)
United Arab Emirates background
UAE-based donors have provided financial
support to a variety of terrorist groups,
including al-Qaida, the Taliban, LeT and
other terrorist groups, including Hamas.
Washington agencies note, however, that
they have limited information on the identity of
Taliban and LeT donors and facilitators in the UAE.
****
Upplagd av hcp kl. 12:00