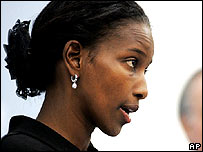 SPIEGEL: Hirsi Ali, you have called the Prophet Muhammad a tyrant and a pervert. Theo van Gogh, the director of your film "Submission," which is critical of Islam, was murdered by Islamists. You yourself are under police protection. Can you understand how the Danish cartoonists feel at this point?
Hirsi Ali: They probably feel numb. On the one hand, a voice in their heads is encouraging them not to sell out their freedom of speech. At the same time, they're experiencing the shocking sensation of what it's like to lose your own personal freedom. One mustn't forget that they're part of the postwar generation, and that all they've experienced is peace and prosperity. And now they suddenly have to fight for their own human rights once again.

SPIEGEL: Why have the protests escalated to such an extent?
Hirsi Ali: There is no freedom of speech in those Arab countries where the demonstrations and public outrage are being staged. The reason many people flee to Europe from these places is precisely because they have criticized religion, the political establishment and society. Totalitarian Islamic regimes are in a deep crisis. Globalization means that they're exposed to considerable change, and they also fear the reformist forces developing among émigrés in the West. They'll use threatening gestures against the West, and the success they achieve with their threats, to intimidate these people. 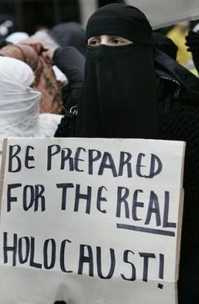