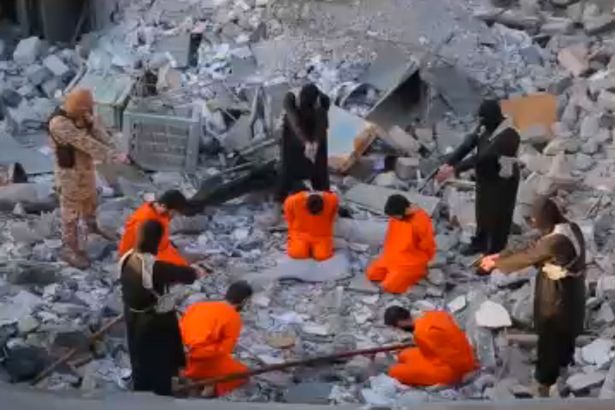 Europols chef Rob Wainwright varnade i en intervju
i Evening Standard 26 augusti för en ny flodvåg av
jihadister på väg från kalifatet till Västerlandet:
Britain was today warned of a rising threat from Islamic State fighters sent “on mission” from Syria.
The alert came as the EU’s top law enforcement officer revealed that increasing numbers of jihadis are using fake documents to sneak into Europe.
Europol’s director Rob Wainwright said IS had taken a “strategic decision” to send its fanatics to attack the continent in an attempt to distract attention from battlefield defeats in its heartland.

He also highlighted the weapons trade on the “Dark Net”, saying it was a “major part of the security challenge” that is now facing Europe. Mr Wainwright said some IS extremists were using false Syrian passports in a bid to arrive undetected — with a small but increasing number posing as refugees.
Others were exploiting the “industrial scale” production of false documents by criminals to obtain EU passports and move freely over the continent.
Mr Wainwright said Europe also faced the return of thousands more extremists as IS crumbled in Syria in a “long, long struggle” that will pose an “onerous security challenge” for years.

The warnings, in an interview with the Standard at Europol’s HQ in The Hague, came as Mr Wainwright also:
His comments come amid reports by the Italian newspaper La Stampa that fake passports intended for use by IS extremists were found by law enforcement staff at refugee camps in Greece.
That will heighten concern about the terror threat facing Britain and follows a recent warning by Met Commissioner Sir Bernard Hogan-Howe that it is a matter of “when, not if” Britain suffers another terrorist atrocity.
In his interview today, Mr Wainwright warned that this threat by returning foreign fighters was increasing.
(...)
“We’ve had cases, and they continue to be identified, of clandestine attempts at return — forged passports, assumed identity, typically a Syrian passport, to get into Europe, sometimes through the migratory/refugee channel.
“Some cases involve the use of a fake Syrian ID to claim asylum and on arrival in Greece — then help by an accomplice for onward journeys to other European countries.

“At this point in some cases another assumed identity is taken on, this time with a forged EU passport to travel within the Schengen free movement area. We continue to see more cases.” Mr Wainwright said that to reduce the danger Europol would deploy counter-terrorism officers to help border guards spot potential extremists. The system would be modelled on the techniques of British law enforcers at Heathrow.
He said: “The officers will, on rotation, be deployed to the Greek islands, maybe Italy. There will be a second line of defence. We hope to deploy some into the camps where the refugees, the asylum seekers, are being held.
“We are concerned over reports these kinds of reception centres are being targeted for radicalisation activities.”

At least two of those behind the Paris attacks last November are known to have re-entered Europe from Syria via Greece using false Syrian passports.
Mr Wainwright said Europol, which coordinates intelligence sharing be- tween EU members, was also trying to identify and bring to trial those trading in illegal arms and fake documents.

He added: “The criminal underworld is supplying industrial amounts of forged documents — principally for people-smuggling but some of which we know are being directed to terrorist networks. We also have tens of thousands of suspects involved in the illegal firearms trade. 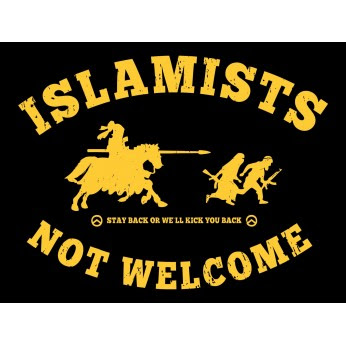