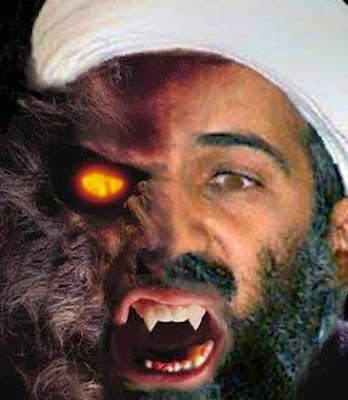 En av Mellanösterns vidrigaste mördare
Samir "Monstret" Kuntar, sponsrad
av mullorna i Iran och Hezballah, förbereder
nya attacker mot Israel. Denna gången från
Syrien.
Samir Kuntar är en libanesisk
drus, som tillhörde den lilla
terrorgruppen PLF, där huvud-
delen senare anslöt sig till marxistiska
PFLP. Den 22 april 1979 genom-
förde han en terroraktion i Nahariya
i norra Israel. Där mördade han Danny
Haran och hans små döttrar. Vi låter
änkan Smadar berätta:
"It had been a peaceful Sabbath day.
My husband, Danny, and I had picnicked
with our little girls, Einat, 4, and Yael, 2,
on the beach not far from our home in
Nahariya, a city on the northern coast of
Israel, about six miles south of the Lebanese
border. Around midnight, we were asleep in
our apartment when four terrorists, sent by
Abu Abbas from Lebanon, landed in a rubber
boat on the beach two blocks away. Gunfire
and exploding grenades awakened us as the
terrorists burst into our building. They had
already killed a police officer. As they charged
up to the floor above ours, I opened the door
to our apartment. In the moment before the
hall light went off, they turned and saw me.
As they moved on, our neighbor from the
upper floor came running down the stairs.
I grabbed her and pushed her inside our
apartment and slammed the door.
**
Outside, we could hear the men storming
about. Desperately, we sought to hide.
Danny helped our neighbor climb into a
crawl space above our bedroom; I went
in behind her with Yael in my arms.
Then Danny grabbed Einat and was
dashing out the front door to take refuge
in an underground shelter when the
terrorists came crashing into our flat.
**
They held Danny and Einat while they
searched for me and Yael, knowing there
were more people in the apartment. I will
never forget the joy and the hatred in their
voices as they swaggered about hunting for
us, firing their guns and throwing grenades.
I knew that if Yael cried out, the terrorists
would toss a grenade into the crawl space
and we would be killed. So I kept my hand
over her mouth, hoping she could breathe.
As I lay there, I remembered my mother
telling me how she had hidden from the
Nazis during the Holocaust.
"This is just like what happened to my
mother," I thought.
**
As police began to arrive, the terrorists
took Danny and Einat down to the beach.
There, according to eyewitnesses, one of
them shot Danny in front of Einat so that
his death would be the last sight she would
ever see.
Then he smashed my little girl's skull in
against a rock with his rifle butt.
That terrorist was Samir Kuntar.
By the time we were rescued from
the crawl space, hours later, Yael, too,
was dead. In trying to save all our lives,
I had smothered her."
****
Nu kommer den tråkiga nyheten att
monstret är i farten igen.
Kuntar frigavs tyvärr vid en fångutväxling
2008 och slapp avtjäna sina välförtjänta
fyra gånger livstid.
Han hyllades av islamisterna i Libanon
som en en stor judemördare och
nationalhjälte och fick en hög ställning
i Hezballah.
Och nu är han snart i farten igen...
** 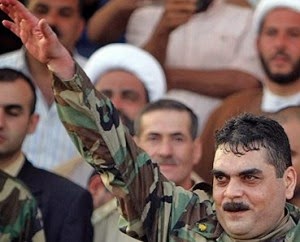