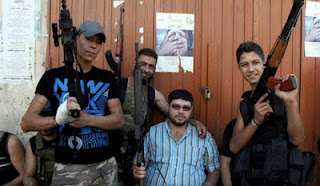 Most militants taking part in the war
in Syria are radical Islamists from
foreign countries who are after building
a shariah state in Syria, Frenchman
Jacque Berech, one of the founders of
Doctors without Borders, has told
journalists.
**
He recently returned home from Aleppo
where he treated injured militants.
The surgeon says that there were even
Muslims from France among his patients
and many of them admired Mohammed
Merah, a terrorist who committed mass
murders in France in March this year.
The foreign mercenaries openly say that
their aim is creating a Muslim state based
on the shariah law in Syria.
***
RUVR Radio
Upplagd av hcp kl. 06:00