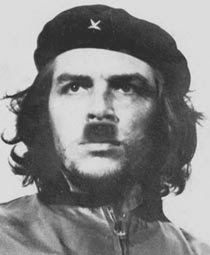 Det alltid läsvärda FrontPage Magazine
har en tänkvärd artikel om välkänt
problem i Sverige. Ett utdrag:
"More anti-Israel activities on Kristallnacht
day in 2003 took place in Malmö,
Sweden’s third largest city.
The governing Social Democratic
party sponsored a meeting together
with a migration-oriented magazine, Mana.
At that time, Mana had just published an
issue where it launched its
"information campaign on Israel’s human rights crimes".
Among many attacks on Israel and
hints of anti-Semitism, the magazine reprinted
an article from al-Ahram Weekly by
professor Edward Said,
an apologist for Palestinian terrorism
against Jews. In Mana he was given yet another
opportunity to lash out against the Bush administration’s
plans to remove Saddam Hussein from power and
liberate the Iraqi people from his ruthless tyranny.
After having published this tirade of anti-Semitism,
Mana was given an opportunity to co-sponsor
an event on Kristallnacht day with Sweden's
governing political party."