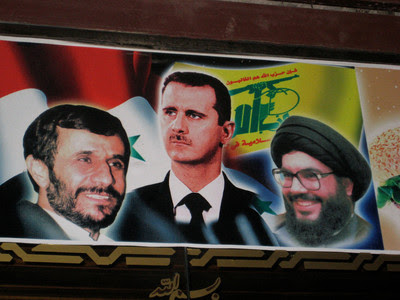 IPT skildrar Irans världsomfattande
terroroffensiv mot Israel och judar
och terroristernas främsta kompo-
nenter, Qudsstyrkan och Hizballah:
"There are two main components to the
Iran-centered Shi'ite terror network:
The first is the Quds Force – the elite overseas
arm of the Iranian Revolutionary Guards Corps,
tasked with carrying out attacks, subterfuge,
and arms smuggling around the world – and
the second is Tehran's proxy in Lebanon,
Hizballah.
**
Both components are pursuing active terrorism
missions overseas, as part of a covert war
against Israel. If successful, these missions
could end up triggering wider confrontations,
destabilizing the Middle East further, and affecting
global security as a whole.
According to Israeli intelligence estimates, the
two organizations have divided up their
missions in the following manner:
The Quds Force is attempting to strike
official Israeli state symbols,
such as embassies and ambassadors,
while Hizballah's agents are moving against
soft targets, such as Israeli tourists hubs.
** 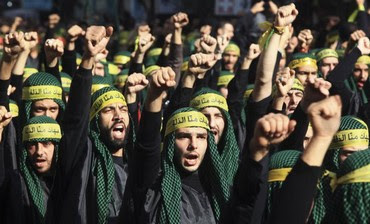 The Quds Force and Hizballah are in the midst
of a secret but very real effort to carry out atro-
cities around the world.
Israeli intelligence services are working around
the clock to thwart them. Dozens of attacks have
been intercepted by Israel in 2012 alone.
One attack, a Hizballah bombing of an Israeli
tourist bus in Bulgaria, succeeded in 2012, killing
six people and wounding dozens." 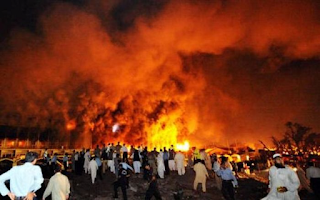