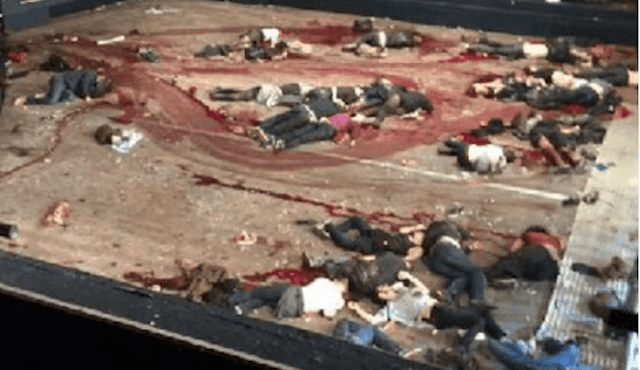 by IPT News  •  Aug 28, 2017 at 11:44 am
https://www.investigativeproject.org/6572/belgium-119-islamic-institutions-investigated-for
Belgian authorities investigated 58 mosques and 61 Islamic associations in 2016 in an effort to counter the spread of radical Islamist ideology, according to the country's justice minister and reported by the Brussels Times.
The data suggests that one in five mosques in Belgium are a cause for concern among domestic intelligence services.
Mosques in Belgium attract inspections for various reasons, including imams who may be delivering radical sermons and for particular mosque attendants who catch the eye of security agencies. State authorities focus their efforts on threats related to "extremism, the radicalisation process and terrorism."

The country is increasingly targeted for terrorist attacks. On Friday, a man of Somali origin stabbed and wounded two soldiers in Brussels in an attack claimed by ISIS. He reportedly yelled "Allahu Akbar" (God is great) during the attack. One of the soldiers shot the attacker twice, killing him.
According to Belgium's migration minister, the man was granted asylum in 2009 before acquiring Belgian citizenship in 2015.