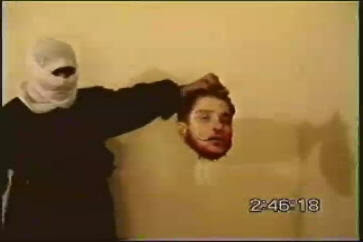 Avoiding open alliances with known terrorist organizations and individuals to maintain the appearance of “moderation”;

Infiltrating and taking over existing Muslim organizations to realign them towards the Muslim Brotherhood’s collective goals;

Using deception to mask the intended goals of Islamist actions, as long as it doesn’t conflict with shari’a law;

Avoiding social conflicts with Westerners locally, nationally or globally, that might damage the long-term ability to expand the Islamist powerbase in the West or provoke a lash back against Muslims;

Establishing financial networks to fund the work of conversion of the West, including the support of full-time administrators and workers;

Putting into place a watchdog system for monitoring Western media to warn Muslims of “international plots fomented against them”;

Cultivating an Islamist intellectual community, including the establishment of think-tanks and advocacy groups, and publishing “academic” studies, to legitimize Islamist positions and to chronicle the history of Islamist movements;

Developing a comprehensive 100-year plan to advance Islamist ideology throughout the world;

Building extensive social networks of schools, hospitals and charitable organizations dedicated to Islamist ideals so that contact with the movement for Muslims in the West is constant;

Involving ideologically committed Muslims in democratically-elected institutions on all levels in the West, including government, NGOs, private organizations and labor unions;

Instrumentally using existing Western institutions until they can be converted and put into service of Islam;

Avoiding conflict within the Islamist movements on all levels, including the development of processes for conflict resolution;

Creating autonomous “security forces” to protect Muslims in the West;

Inflaming violence and keeping Muslims living in the West “in a jihad frame of mind”;

Making the "Palestinian cause" a global wedge issue for Muslims;

Adopting the total liberation of "Palestine" from Israel and the creation of an Islamic state as a keystone in the plan for global Islamic domination;

Instigating a constant campaign to incite hatred by Muslims against Jews and rejecting any discussions of conciliation or coexistence with them;

Linking the terrorist activities in "Palestine" with the global terror movement;

Collecting sufficient funds to indefinitely perpetuate and support jihad around the world;