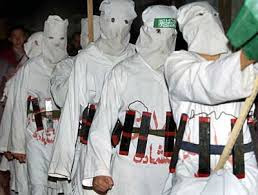 
A study looking at the prevalence of radical ideology among high school students has found that French Muslims are much more likely to tolerate violence and to hold fundamentalist religious views than other pupils.

The National Centre for Scientific Research (CNRS) study involved more than 7,000 students, aged between 14 and 16, who were studying at 21 schools and four academies in France.

Sociologists who conducted the survey, Anne Muxel and Olivier Galland, stressed the sample is not representative of French youth as a whole.
The schools included in the study are located in poor areas, with overrepresentation in the student body of pupils from working class backgrounds (41 per cent), students with immigrant backgrounds (38 per cent), and Muslims (25 per cent).

The CNRS reported that 11 per cent of respondents overall adhere to religious fundamentalism, which rises to 32 per cent among Muslim youths.
Mr. Galland noted a “striking difference” between the figure compared with six per cent of Christians and 0.6 per cent of non-Muslims identified by the governmental research organisation as “religious absolutists”.
“However, two-thirds of Muslims do not adhere to these ideas,” the sociologist added.

On the topic of the Charlie Hebdo and Hyper Cacher Islamist terror attacks, which took place in Paris in 2015, 32 per cent of respondents would not fully condemn the actions.
Just under 25 per cent of the young people questioned said they consider certain violent and deviant behaviours legitimate (stealing a scooter, confronting the police, and taking violent action for ideological reasons).
A third of Muslim schoolchildren (33 per cent) defended such actions, compared to 20 per cent of Christians, and 22 per cent of pupils who declare themselves as irreligious.
44 per cent of the students who were both classed as having fundamentalist religious views and who said they tolerate some forms of violence said it’s acceptable “in some cases in today’s society … to take up arms and fight for his religion”.

70 per cent of this group do not condemn the perpetrators of the Charlie Hebdo and Hyper Cacher Islamist terror attacks.
“The spread of radical ideas is around three times stronger among young Muslims than in the sample as a whole,” said Mr. Galland.
“But it is ultimately only a very small proportion: radical absolutism is far from being a majority amongst Muslims!” the sociologist emphasised.

“A purely economic explanation does not seem valid,” said Mr. Gallard on the topic of identifying factors that increase a person’s susceptibility to radical beliefs. “Membership of the Islamic faith is the biggest predictive factor.”
The CNRS also reports that secularism and gender equality were fairly widely recognised by respondents to the study, but noted that 64 per cent of Muslim respondents and pupils with an African background reject the idea that homosexuality is an acceptable lifestyle.