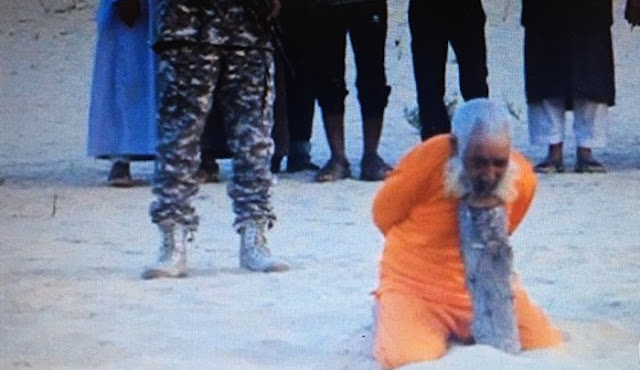 This comes nearly a week after an Islamist suicide bomber attacked a Sufi shrine in the Balochistan province of southwestern Pakistan, slaughtering at least 52 people and injuring 100 others. The attack occurred inside the hallowed shrine of Sufi saint Shah Bilal Noorani as unsuspecting worshippers were engaged in a ritualistic dance called “dhamal.” ISIS released a statement to local news media claiming responsibility for the religiously-motivated attack, but Pakistani authorities suspect that other Sunni-extremist groups may have been involved based on the circumstantial evidence.
Mainstream Islam has long had a problem with accepting syncretic Islamic sects into its midst. Fueled by an ideological opposition against “apostates,” the most extreme representatives of majority Sunni Islam, Salafists, have attempted to purge Yazidis, Bahaiis, and Sufis, mirroring the medieval Catholic Church’s violent discrimination against so-called “heretics.”

In an attempt to resurrect a 7th century-modeled religious cult, the Islamic State has directed its wrath against minority religious populations. Since its establishment of a caliphate in 2014, the group has established a myriad of shura councils throughout Iraq and Syria meant to enforce its version of sharia law. Following historical precedents established during the early period of Islamic conquest, the group has sanctioned the rape and enslavement of Yazidi girls, the destruction of Assyrian shrines, and the massacre of Christians and Sufis, among others.

ISIS’ visceral aversion to Sufism in particular stems from its founding Wahhabi-based ideology.

“Sufism, the mystical form of Islam, which in terms of goals and outlook couldn’t be farther from the violent Wahhabism of the jihadists,” explains New York Times Op-Ed contributor William Dalrymple. “For such moderate, pluralistic Sufi imams are the front line against the most violent forms of Islam. In the most radical parts of the Muslim world, Sufi leaders risk their lives for their tolerant beliefs, every bit as bravely as American troops on the ground in Baghdad and Kabul do. Sufism is the most pluralistic incarnation of Islam — accessible to the learned and the ignorant, the faithful and nonbelievers — and is thus a uniquely valuable bridge between East and West.”
Elaborating on the importance of Sufism’s tolerant doctrines in the ideological war against Islamic extremism, Dalrymple traces the history of the Sufi sect’s humanistic outlook of the world:


The great Sufi saints like the 13th-century Persian poet Rumi held that all existence and all religions were one, all manifestations of the same divine reality. What was important was not the empty ritual of the mosque, church, synagogue or temple, but the striving to understand that divinity can best be reached through the gateway of the human heart: that we all can find paradise within us, if we know where to look. In some ways Sufism, with its emphasis on love rather than judgment, represents the New Testament of Islam…
Sufism is an entirely indigenous, deeply rooted resistance movement against violent Islamic radicalism. Whether it can be harnessed to a political end is not clear.

For now, at least, the region’s Sunni majority continues to maintain a particular distaste for Sufism, a tolerant and syncretic sect of Islam that emphasizes an introspective spirituality over macabre jihad. This historical distaste is now bleeding over into full-scale barbarity, expressed by Sunnism’s most extreme elements.  (DailyWire)