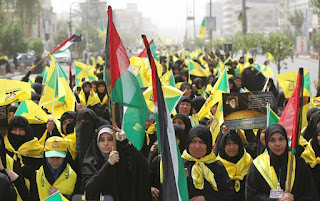 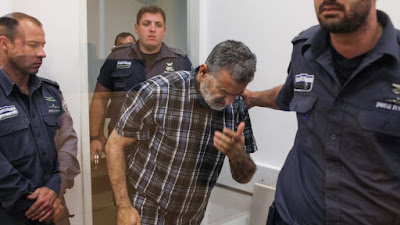 
A Swedish citizen of Lebanese descent was arrested after a joint investigation from the Israel Security Agency (ISA or Shin Bet) and the Lahav 433 anti-fraud unity last month, it was cleared for publication Sunday, in light of concerns that the citizen may have been working with Hezbollah.
Hassan Khalil Hizran, 55, was arrested at Ben Gurion Airport upon arrival in Israel. In his interrogation, he admitted recruiting for Hezbollah and agreeing to cooperate with them.

On Sunday morning, the Central District Court filed an indictment against Hizran for passing information, contact with a foreign agent and property transactions with a terrorist organization.

In 2009, Hizran and his wife and children visited family in Lebanon. During his visit, he was offered to meet with Hezbollah officials; he agreed. Hizran was then told in several clandestine meetings with Hezbollah representatives that the group aims to recruit Palestinian Arabs living in Europe and other foreign citizens, so that they could take advantage of their access to Israel and provide intelligence to Hezbollah.

In 2011 and 2013 Hizran made more visits to Lebanon to meet with Hezbollah. He was asked to recruit Israeli citizens, particularly those with ties to Jews, or have access to military personnel, security personnel or government officials.

In addition, he was asked to gather information on the IDF, including weapons, tanks, and military bases. The suspect was questioned by Hezbollah about behavior at Ben Gurion Airport and the entry process: security arrangements, passport control and so on.

For his services, Hizran received $2,300 in 2009 and $800 in 2011. Hizran also provided information about the association called "The House of the Lebanese", which operates in Malmö, Sweden.

The Shin Bet noted that association members are Shi'ite Muslims engaged in social and cultural activities - including keeping a close eye on Hezbollah activities.
The ISA emphasized that "the operation against Hizran proves the attractiveness Hezbollah sees in recruiting foreign citizens with access to Lebanon and Israel." ﻿