Från Guantanamo til jihad i Belgien 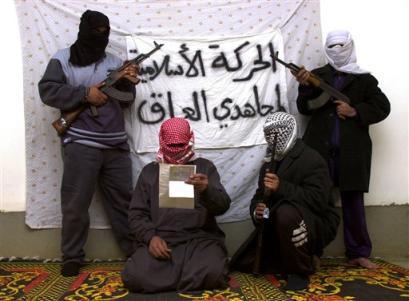 Two former detainees at the Guantanamo Bay prison in Cuba were arrested by Belgian police in a counterterrorism operation targeting a recruiting network for al Qaeda in Syria.
They were arrested Wednesday night along with three others as they were about to break into a house to raise funds in the town of Hoboken, near Antwerp, a senior Belgian counterterrorism official told CNN.
“We have dismantled a serious recruiting network for Syria,” the official told CNN.

One of the former Guantanamo Bay detainees was Moussa Zemmouri, 37, a Moroccan national born in Antwerp, Belgian federal prosecutors announced Friday. The other was an Algerian identified as Soufiane A., who prosecutors believe spent time in Syria.
Both have been charged with participating in the activities of a terrorist group and all five have been charged with attempted armed robbery.

Zemmouri was released from Guantanamo in 2005 and authored a book “Innocent at Guantanamo” after returning to Belgium. His case was featured prominently by the UK Muslim prisoner advocacy group CAGE, which has long maintained that he has no links to terrorism.
According to a 2003 detainee assessment file posted by the WikiLeaks website, Zemmouri was transferred to U.S. custody after he was detained by Pakistani police when fleeing Afghanistan after the beginning of the U.S. bombing campaign in autumn 2001.
The document alleged he had trained in the al Qaeda-sponsored Derunta training camp in Khost, Afghanistan. It said “sensitive reporting also indicates that detainee is a high-ranking member of the Theological Commission of the Moroccan Islamic Fighting Group (MIFG).”

According to the Belgian official, Zemmouri was put under observation after his return to Belgium. Belgian security services suspect he provided theological encouragement to several former members of the al Qaeda affiliated MIFG who left to fight jihad in Syria after they completed prison sentences in Belgian jails.

Belgian officials know of the identity of more than 300 extremists who have traveled from Belgium to join jihadi groups in Syria.